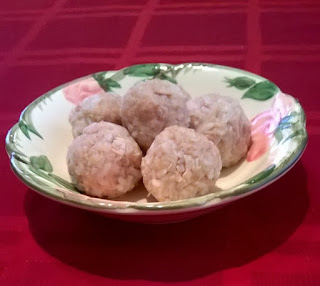 Put water in saucepan. Open tuna can, leaving lid in place. Put the liquid from the tuna can into the saucepan by pressing it out with the lid. Bring to a boil. Remove from heat, add instant rice, and cover the saucepan immediately. Leave the cover on and let the rice cool to room temperature. When cooled, add the applesauce, cinnamon, and tuna and mix well. Pick up a rounded spoonful of the mixture, squeeze it so that it sticks together, and roll in a ball. Store in refrigerator for up to two days. These treats may also be frozen. If they will be frozen for a long time, wrap each ball individually in plastic wrap so that they won't become dry. Thaw frozen treats completely before giving them to your dog! 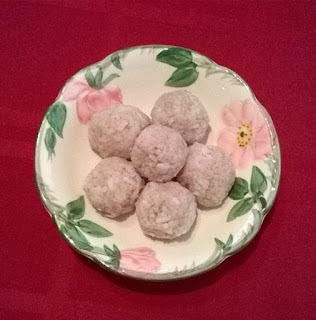 Note:  These dog treats have Rocky's canine seal of approval. He loves them! 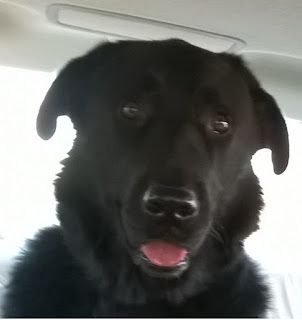 See the giveaway details at Goodreads.