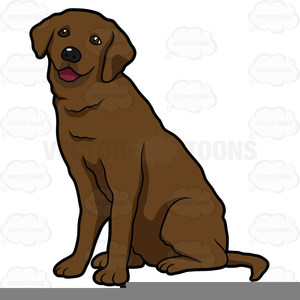 In Death by Association, Laurel McMillan's dog Bear is her adorable canine companion. He accompanies Laurel on her walks around the neighborhood in her guard gated community, Hawkeye Haven, and he's with her when she discovers that one of the community's guards has been attacked and her gun stolen.

Bear loves to swim, fetch his hard rubber ball, go for his morning walks, play with his doggie friend Goldie, beg for treats, and give Laurel a guilt trip every time she leaves him home alone.

Two of the author's dogs, Teddy Bear, a yellow Labrador retriever, and Rocky Boy, a black Labrador/Great Pyrenees mix, were the inspirations for Bear.

Teddy Bear was adopted from a local animal shelter when he was seven years old. He had been left out in the summer heat (often it's 110 degrees during summer in Las Vegas) and then abandoned by his former people. He adapted very rapidly to his new home where he could lounge in air-conditioned comfort. 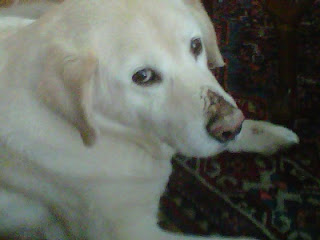 Unfortunately, his nose suffered some permanent damage from the excessive sun exposure, but he was a happy-go-lucky boy, despite it. 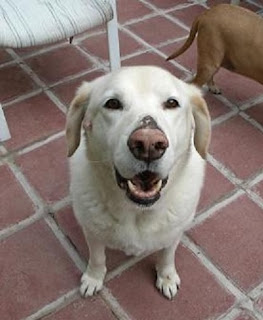 Teddy hanging out on the patio. 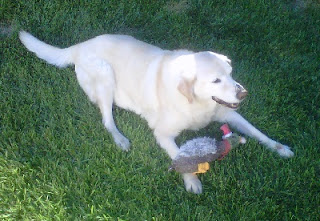 Teddy guarding one of his stuffed animals.

Rocky Boy was adopted from a rescue organization when he was four. He's now ten years old. Although he looks like a Lab, he acts like a Great Pyrenees. He has no interest at all in retrieving, but he's a great watch dog and likes to try to herd his pet parents when they're not following the routine that he expects. Although Rocky's a mellow boy, he's not above begging for treats; in fact, it's his favorite pastime. 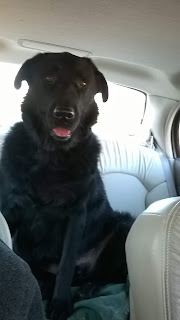 Rocky likes to ride in the car. 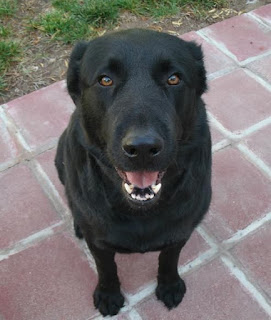 Rocky posing for his picture. 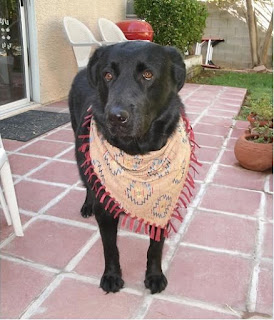 Here he is hanging out on the patio wearing his reversible scarf, the same scarf that Bear wore in Death by Association. The instructions to make this scarf are in the back of the book.

See the giveaway details at Goodreads.